Where to Stay in Nicaragua 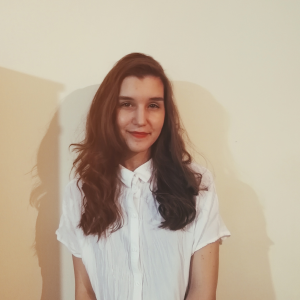 A writer, translator, lover of books, films, and tv series.

Where to stay in Nicaragua—the land of volcanoes

A multiethnic and multicultural country, the Republic of Nicaragua is the largest country in Central America. It neighbors Honduras to the northwest and Costa Rica to the south. The largest city is Managua, and it is also the capital. Nicaragua has a lot to offer to its visitors due to its rich history, culture, and tradition. These factors, along with its amazing nature and environment, have led to the rise of popularity amongst visitors and tourists.

Best cities to stay in Nicaragua

Nicaragua is rich with amazing architecture, stunning landmarks, and breathtaking, inspiring nature. The cities presented below were chosen based on:

These are our picks for top cities to stay in, while in Nicaragua:

Most of the larger cities in Nicaragua have a system of public transportation, usually in the form of buses. Taxis are also widely present, as well as rent-a-car places.

Buses are the most affordable way to get around town or between cities. You can find information about the route the bus takes at the bus stop. There are several types of buses, depending on the frequency of stops, distance, vehicle, and passengers.

Taxis can be found pretty much anywhere, especially in the capital. Nicaraguan taxis are a bit different from your typical taxis, in the sense that there aren’t any meters. So, the first thing that you have to do when you enter a taxi is to negotiate the price. Also, a registered taxi vehicle should have a number painted on it—if you don’t see a number, do not enter.

Where to stay in Nicaragua for art and culture—Masaya

Frequently referred to as the City of Flowers, Masaya is the hub of tradition, art, and culture of Nicaragua. Besides being the place to visit if you are interested in art and culture, Masaya has an impressive cuisine, amazing landmarks, and incredible natural environments— namely the Apoyo Lake and Masaya Volcano.

Things to see and do in Masaya

Here are some of our suggestions:

There are three popular markets in Masaya, namely Old Craft Market, Masaya Crafts Market, and Main Market. They sell all kinds of crafts and creations from the locals. Explore and shop around these colorful and vibrant markets.

Jueves de Verbena is an event that occurs every Thursday, and it takes place at the Old Craft Market. It features music and traditional Nicaraguan dance, as well as delicious local food.

Museo del Folclore is an exquisite museum dedicated to the extensive history, culture, tradition, and of course, folklore of Nicaragua.

Where to stay in Nicaragua for the first time—León

León is the place to be if you are visiting Nicaragua for the first time. It is home to marvelous architectural structures, historical landmarks, a cathedral, and an astonishing number of churches. You can also see the ruins of the original León city that has been proclaimed as a World Heritage Site.

Things to see and do in León

Here are some ideas for places to visit:

The ruins of the old city serve as a record of the first European settlements in the New World. It was rediscovered in 1967, and the most impressive thing about this ancient ruin is that it remained unaltered for the entirety of the time it was undiscovered. Today, there are people who work hard to preserve this remarkable site.

The Cathedral of the Assumption of Mary

Also known as León Cathedral, this cathedral is an imposing and incredible building that has significant historical value not just for León, but also for Nicaragua. Built in the Baroque and Neoclassical style, this cathedral serves as a final resting place for several prominent Nicaraguan figures, including Luis H. DeBayle, Rubén Darío, and Alfonso Cortés, to name but a few.

Casa Salud DeBayle is a museum dedicated to the first doctor in Central America, Luis H. DeBayle. He opened the first private clinic and provided free medical care to those who couldn’t afford it.

Where to stay in Nicaragua long term—Managua

Managua has become quite popular among foreigners for its attractive and relatively affordable cost of living. Managua is the heart of the economy, education, and nightlife, as well as an amazing place with a number of fabulous sites to visit and explore. Managua is well connected to other cities and areas in Nicaragua. The city of Managua is also the only one to have an international airport in the country.

Things to see and do in Managua

These are some of our suggestions for things to do while staying in Managua:

Relax and unwind at this great beach with white sand.

If you’re looking for a good party, head straight to Next Club Managua—a club with an inviting atmosphere that plays trendy music and serves tasty drinks.

A highly rated restaurant that serves traditional local Nicaraguan food, Cocina de Doña Haydee is a must-visit place for any foodie out there.