Where to stay in Quito 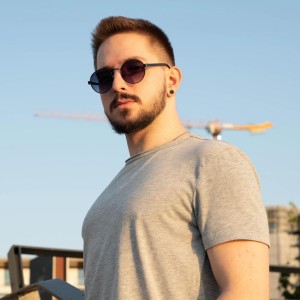 Expat Talk: Where to stay in Quito?

This mountainside city sits at an astonishing 2850 meters (1.771 miles) above sea level, making it the highest-standing constitutional capital city in the world.

In 1978, Quito became the first city to be named a World Cultural Heritage Site by Unesco.

The city sits next to the still-active volcano Pichincha, making for some great hikes on this unique landscape.

There are lots of areas that have a mix of modern and antique neighborhoods, so to narrow it down we used the following metrics:

If you’re planning a trip to this historic city, here are some of the neighborhoods/areas we recommend you check out, as well as reasons to do so:

Transportation – Getting around Quito

Although Quito has a metro line under construction, it’s projected to be opened by March 2020. For now, there are 4 main ways to get around the city:

The best area for first-timers in Quito—Quito Old Town

Quito Old Town, also known as Centro Histórico, is the perfect place to start for a simple reason – it’s in the middle of everything.

What to see and do in Old Town Quito?

Visit the churches of Quito

The Basilica of the National Vow is a Roman-Catholic church in the heart of the city and one of the largest neo-gothic landmarks on the American continents. Although the plan to build the monument was set in motion back in 1883, and even though today it stands at 140 meters (460 feet) tall, technically it’s unfinished. There’s also a local legend surrounding the church, saying that if it’s ever completed, that will mark the end of the world.

The two other notable churches are the 17th century La Compania de Jesus, covered completely in gold, and the 16th century San Francisco church, home to many works from the Quito school of art.

As mentioned, the town is a registered world heritage site. The reason for this is the largely unchanged architecture of buildings and squares since the town’s inception in Colonial days. Finish your exploration at the Plaza Grande (Independence Square) and visit the Carondelet Palace, the government seat of Ecuador.

Climb El Panecillo
El Panecillo is a hillside on the edge of Old Town Quito. On top of the hill is a giant statue known as the Virgin of the Quito (Woman of the Apocalypse). On a clear day, she can even be seen from downtown, watching over the city.

Where to stay in Quito Old Town? Our top Where to stay in Quito for the nightlife—Mariscal Sucre

This modern district of Quito will attract people looking for the most amount of fun in one location.

What to see and do in Mariscal Sucre?

Visit Artesanal de Mariscal for some bargain shopping. Visit the many gift shops offering a wide variety of items such as traditional clothing, souvenirs and more, all of which can be bargained for. Top it off by eating cheap, authentic Ecuadorian food.

The party in Quito is at Plaza Forch. The area is known for having a wide variety of street performers, street vendors, and the occasional musical or dance live performance. On top of that, it’s filled with many cafes, restaurants, bars, and clubs to spend your evening in. We highly recommend checking in for Salsa nights, even if you don’t know how to dance salsa. At worst you’ll enjoy the atypical (South American) party music which is quite lively and upbeat, and you’ll likely learn a few salsa steps from both locals and enthusiasts.

Where to stay in La Mariscal? Our top choices Where to stay in Quito for bohemian/artistic souls — La Floresta

Nicknamed “The Forest” for its wide variety of trees and flowers filling the streets, this neo-classical area is known for being home to artistic souls and enthusiasts alike.

What to see and do in La Floresta?

Named after Federico Fellini’s iconic movie 8 And a Half (8½), this movie theater features atypical movie programs, playing foreign films, independent creations, and those considered movie classics. Along with the theater is a colorful, artistic cafe, where you can grab a drink in-between watching movies and admire the art displays.

The most popular jazz club in Quito hosts both local and international musicians alike. It’s the best nightlife experience in La Floresta and the party goes well into the night. It also houses a restaurant, so you can come by the day to enjoy some food or do it before the show starts.

Where to stay in La Floresta? Our top choices Is Quito a safe city for tourists?

Quito is a safe town for travelers, but it’s not perfect. Make sure to keep your valuables safe when you use public transportation, otherwise you might fall prey to a pickpocket. Similarly, you shouldn’t find yourself walking down unpopulated, dark streets at night. Although the city is doing its best to battle crime in an effort to boost the tourism economy, there’s no denying that these types of crimes still exist.